Axisweb visits our Vacant Space, The Row, at Coventry Biennial 2019

Welcome to #BehindTheScenes at the Coventry Biennial 2019 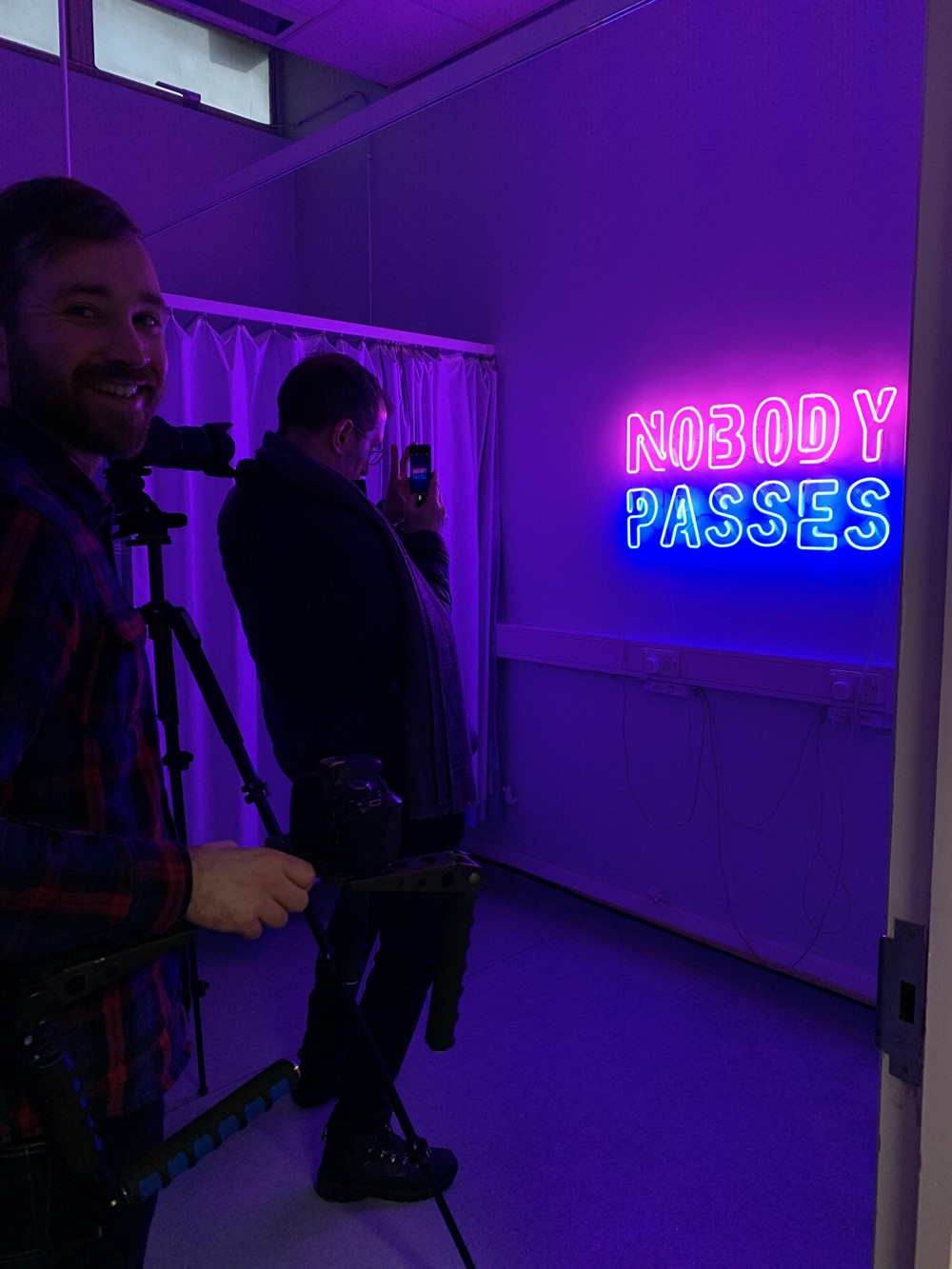 For those of you that missed our social media posts on Friday, some of the Axisweb team visited one of our Vacant Spaces in Coventry. The Row is a building which is currently being used by the organisation Coventry Artspace, and at the moment as one of the exhibition spaces for this year’s Coventry Biennial.

We went behind the scenes talking to the curators and one of the key partner organisations of the event as well as our commissioned artists Mousethings. We also had a chance to see some of the amazing artworks on display at The Row.

If you haven’t already been to the exhibition this year, I highly recommend you do - it is a great experience and truly represents why Coventry has been chosen as the City of Culture for 2021!

However, if you can’t make it this year don’t worry, carry on reading this article to gain a better insight into what we experienced during our visit.

What is the Coventry Biennial?

The Coventry Biennial is a platform for contemporary art in the UK and Internationally. It takes place every two years. This year’s event is on from the 4th October - 24th November 2019.

The large event produces compelling exhibitions and experiences across the city of Coventry. It aims to invite people from all regions to participate in the appreciation of art and creativity. A range of mediums and practice areas are presented and performed at the Coventry Biennial - there is truly something for everyone.

The theme this year is ‘The Twin’. This is representative of the 75th anniversary of the city’s twinning with Volgograd, Russia, as the world’s first formal international twinning. This anniversary is symbolic to Coventry being named an international and collaborative city.

The Row and Coventry Artspace

The space was previously an old NHS building. The Row still features some of the remnants of being occupied by the NHS, making the artwork look even more interesting and unique. Spread across three large floors, the space is currently home to work by over thirty artists

The Row is one of our Vacant Space projects, and is now occupied by the organisation ‘Coventry Artspace’. The organisation have shared with us some of the ideas on how they plan to utilise the space once the Coventry Biennial team have vacated the building.

The Row is situated in Coventry city centre and this high street location allows members of the public, who may not normally visit traditional art spaces, to engage with contemporary art in a relaxed and informal setting. 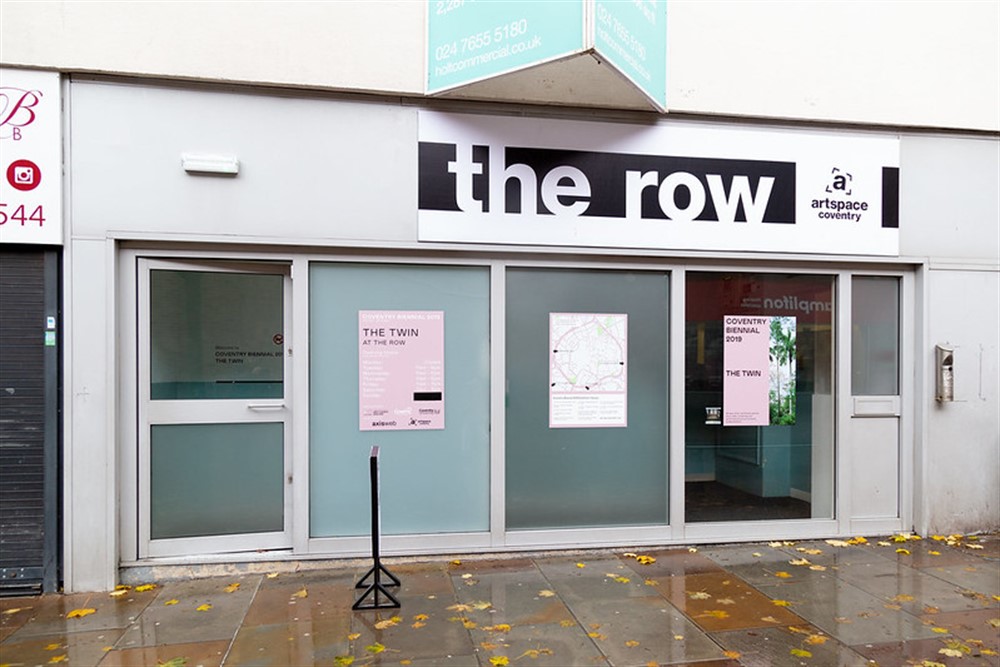 "Working in quite unusual spaces […] spaces that are ‘of the city’, really provides artists with this unique opportunity to make something that they perhaps couldn’t make in a more white cube or black box environment. But also I think for audiences it’s more accessible than a museum."

Who we spoke to?

During our time at The Row we had the opportunity to interview some of the key people from the organisations who are using the building; 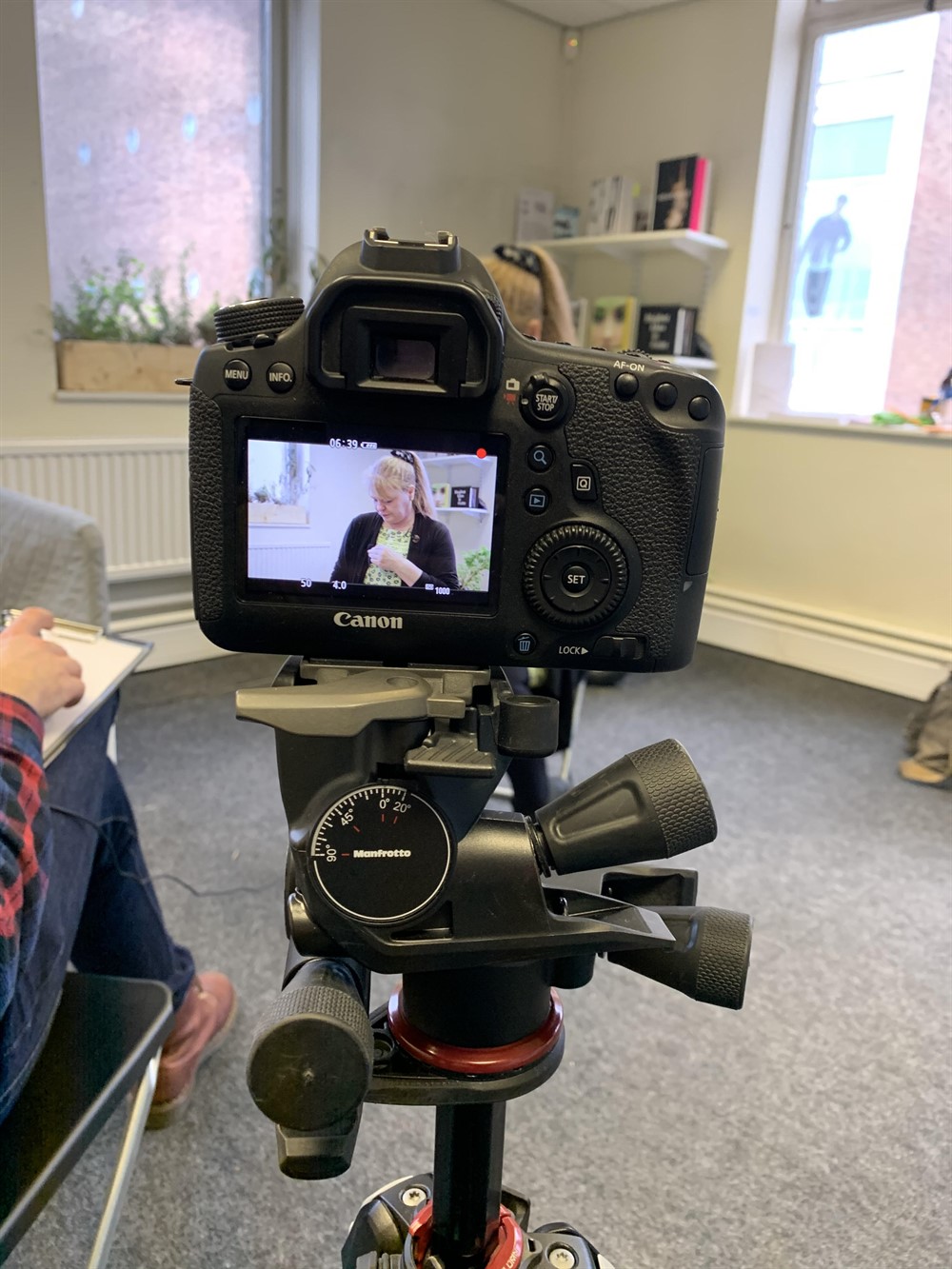 "Coventry Artspace is a small charity working to support visual artists. One of the key things that we do is provide affordable places for artists to work or exhibit in. We also offer networking meetings and other professional development opportunities as well as an artist listings feature on our website - which is linked to Axisweb - which helps our artists to raise their profile locally and nationally. As a small organisation, working in partnership with partners such as Coventry Biennial and Axisweb is crucial because it enables us to magnify our impact."

Founder and Artistic Director of the Coventry Biennial - Ryan Hughes 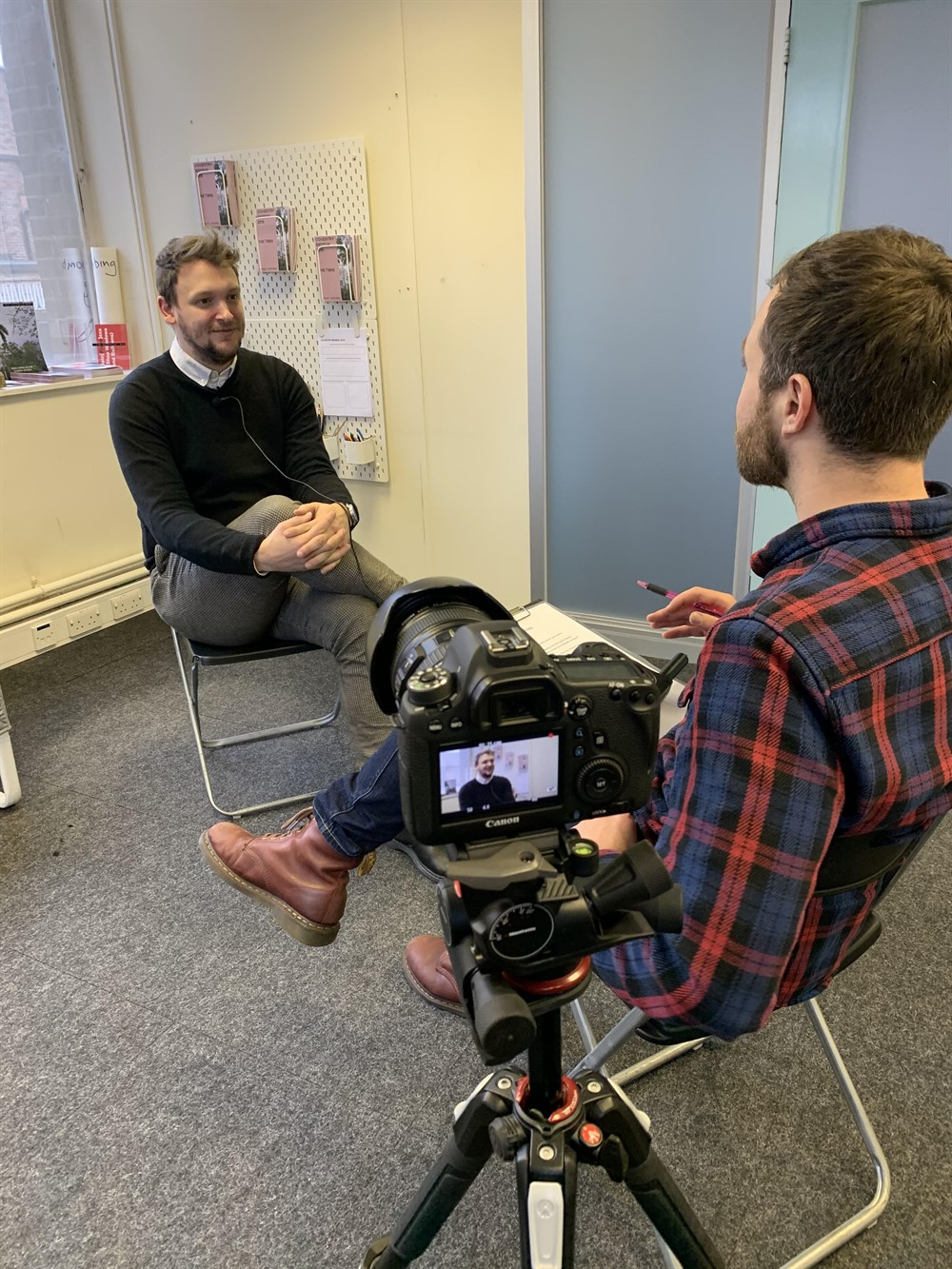 Ryan Hughes, Founder and Artistic Director of the Coventry Biennial

"We didn’t want to provide a sort of bland celebration of twin cities, so working with artists we dug into what the twin might be a little deeper. So, across the Biennial we’ve got artists dealing with copies, replication, binaries, doubles, fakes [...] so the twin's become maybe a little elusive but really embedded a way of working with artists, and that’s informed the whole show really." 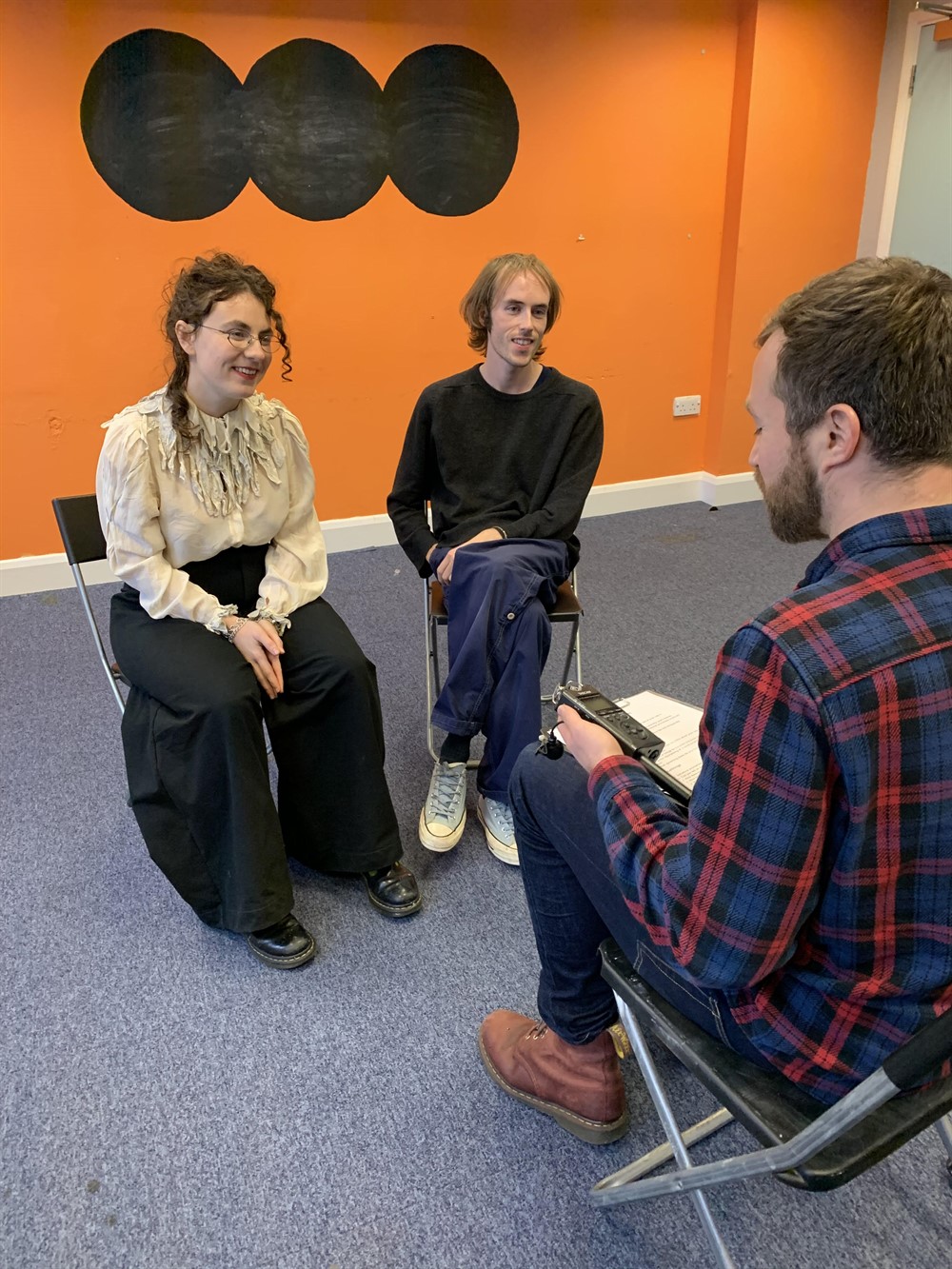 "My name is Adelaida and this is Alfie, and we’ve been working together under the name of Mousethings for around a year. Over the last year we’ve been focused on moving image but at the moment it seems like it's tilting and we are going to focus on sound a bit more, which is something that started happening in ‘A Litany (pt1 & pt2)’ 2019 which is the piece that is showing at the moment - thanks to Axisweb - in the Coventry Biennial."

Want to find out more?

Keep an eye out for our upcoming film about the Coventry Biennial, Coventry Artspace and The Row. It will include more in-depth interviews with Mindy, Ryan and Mousethings and will provide a visual tour of some of the artworks at The Row.