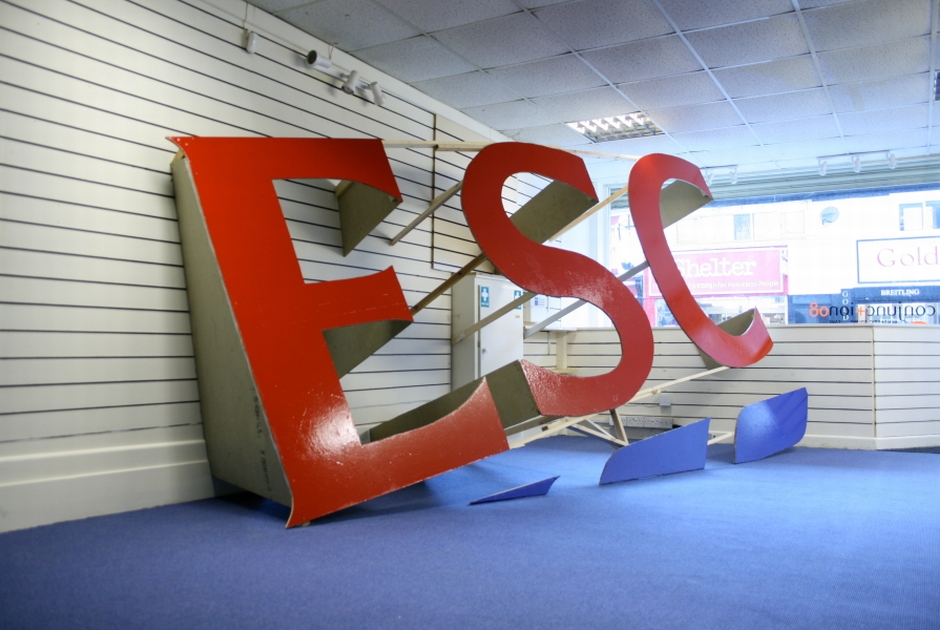 Does size matter in art, or is it just a way for established artists to make their ideas appear more vital than they really are? Chris Sharratt muses on whether big means better.

Big can be beautiful, bold and awe-inspiring – I’m not suggesting Michelangelo was just being showy when he painted the Sistine Chapel. But too often, once you get past the wow factor, bigger rarely means better.

Two particularly bad examples of scale over substance spring to mind from this year’s Venice Biennale.

Much the same could be said of Venice’s other prime culprit – Mike Nelson’s multi-roomed installation at the British Pavilion.

So much detail, so much time spent, but so what? Only an artist of Nelson’s stature, with the backing of an organisation like the British Council, could pull off such an undertaking, but scale’s the thing here – the ideas have run dry.

So when did big become clever? Antony Gormley’s 'Angel of the North' – actually an example of an artwork’s scale being wholly appropriate – has played its part.

But more influential has been Tate’s Unilever Series, an art commission with bigness at its very heart.

Which brings us to Anish Kapoor, whose vast 'Marsyas' sculpture filled the Turbine Hall in 2002. Kapoor seems intent on embracing ever-bigger projects – his 37m high 'Leviathan' sculpture in Paris earlier this year was art spectacle on a grand scale.

It's hardly surprising then that it is Kapoor’s 'Orbit', the UK’s biggest ever ‘work of art’, that will tower over the 2012 London Olympics site. In the world of global grandstanding that the five rings have come to represent, they like it big.

The art world, of course, is subtler than that. Isn’t it?

Chris Sharratt is a freelance writer and editor based in Glasgow. Twitter: @chrissharratt

The views expressed in The Rant are those of Chris Sharratt and forum contributors and unless specifically stated are not those of Axisweb. See our terms and conditions