Insights, analysis and discussion from the contemporary art world 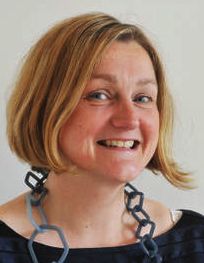 I recently sat around a table in Edinburgh with more than a dozen artists, curators and other freelancers in the visual arts.  Our workshop was part of a symposium, Labour of Love, devised by Jenny Richards, formerly of UK galleries Collective and Cubitt and now director of Konsthall C in Stockholm.

Before we began a day that examined the way that artists are exploring the questions of work and workplaces, we endeavoured to understand our own relationship with labour. We drew diagrams that analysed how much of our weekly work might constitute part of our own core practice and how much was activity that subsidised or supported it. Somewhere in that equation we examined what we got paid for and what we did for free.

The stark reality was that for everyone the peaks and troughs were in the wrong place, with work time outweighing studio time for artists, and the work we loved the most least likely to be remunerated. As a freelance writer (even when working on big projects with big institutions I’ve been employed only one year in the last 17) I am painfully aware that my own position is often contradictory. In the transactions of the cultural world sometimes I am the person in the room who is getting paid and sometimes the only unsalaried person at a table where everyone wants my opinion but no one will pay my train ticket.

The momentum around paying artists should be simple and unstoppable. Publicly funded organisations simply must do it. The Scottish Artists Union has long campaigned for equitable rates of pay and recently had its guidelines recognised by the funding body Creative Scotland. In September 2013 the SAU was joined by the Artist’s Union England. Arts Council England now requires its National Portfolio Organisations to embrace fair pay under strictures that their compliance will be monitored.

The Arts Council of Northern Ireland has recognised the fee structures proposed by Visual Artists Ireland. The Arts Council of Ireland and Dublin City Council are amongst the bodies that stipulate that funding provided by them must clearly indicate payments for artists as a condition of their funding provision. Axisweb is one of many organisations and prominent individuals who have signed up to support The Paying Artists campaign led by a_n / AIR. Artists are in the process of building or reinforcing pay structures that reflect those of their colleagues in Equity, BECTU or the Musicians Union.

But if the position of artists pay in institutional and public relationships is now officially enshrined, why does it continue to be so dismal? As one part of the system finally lumbers into gear, much deeper shifts in the economies undermine it. The austerity agenda is biting deep into English culture budgets. The increases in casual, part-time and zero hours contracts as a mainstay of the wider economy are impacting on artists’ abilities to support their practice. Technology brings freedom but also a new understanding of “content” and “information” as freely available resources rather than the product of real time and labour.

Artists and freelance cultural workers have long-evolved strategies of exchange, mutual labour and self-support but artists are currently finding that a position at the forefront of new, more extensive “sharing economies” is not uncomplicated. Like the dilemmas of urban gentrification, exposing cracks in the system that can usefully be occupied for the mutual benefit of cultural workers often leaves them open to the shock troops of developers, corporations or more aggressive economic forces. And progress is very slow. Gallery cultures, residency schemes, commissioners and other individuals and organisations that should know better, still don’t get it.

For younger artists there is the insidious suggestion that working for free creates opportunities. Some of this is part of wider employment culture of internships in culture and the creative industries. For more established artists, there is the expectation that senior status brings economic independence or that the market solves all problems. A senior contemporary artist recently told me that they personally paid for the production costs of a high profile show at one of the most prominent public venues in the country. There was insufficient budget because there was the expectation that, at their level, a commercial gallery would shell out.

The issue of course is not only rates of pay for sessional work or exhibition fees, although these are essential places to start. It is about the availability of housing, of affordable studio spaces, of production resources and about job availability and job mobility in those traditional sectoral roles where artists often work such as gallery technicians, educators and information assistants.

The question of equal access to culture has recently become a stick with which politicians like to beat institutions, but the question of who gets to make culture is less spoken about in the era of tuition fees and the housing crisis. There is no use grumbling about posh people in the arts from Marcus Mumford to Eddie Redmayne if we don’t recognise and address the systemic failings and web of inequalities that transformed the radical social mobility of cultural education in the sixties to the finishing school it is now. The excellent work of the Arts Emergency campaign sets out to overturn the trend by mentoring and activism.

What can we do? Well we must be open. We must try to recognise our own positions and blind spots. Writers and editors like myself must think much harder about what we ask artists to do in terms of their time, resources and use of their images or intellectual capital. Institutions must use their spending power both wisely and imaginatively to support artists. And we must examine them openly if they fail to do so. They must subject their policies around volunteering or internships to thorough ethical and legal scrutiny. But above all they need to think strategically and holistically about what paying artists actually means.

It means production budgets as well as fees; it means travel expenses, it means thinking hard about organising and locating meetings and paying artists for their time on installation for example. It means thinking genuinely and developmentally about what opportunities really are and distinguishing them from exploitation or unfair labour demarcation. It means understanding artists support both as a fees table and as an ecology that should be considered at all times. Above all when artists say no thanks as much as yes please, all of us must listen.

Moira Jeffrey is a writer based in Glasgow.

Freedom of Expression by Moira Jeffrey >